Steel and Its Role In The World’s Iconic Buildings 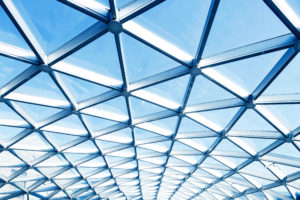 In the 20th century, steel had a monumental surge in popularity and use, becoming the go-to material for a strong building. That popularity hasn’t waned at all, some of today’s most impressive structures use steel for its durability and strength. Here at Steel Specialties, there’s no secret about our love for the versatile metal, but we thought we’d take a look at some of the most iconic buildings built from steel.

The Burj Khalifa is an 828-meter megastructure that scrapes the skies of Dubai. The current king of height, this stunning spire is a testament to the power of steel. Utilizing reinforced concrete and steel, this skyscraper boasts 160 floors and a mind-boggling 31,400 tons of steel!

The epitome of the New York state of mind, the Empire State Building is as iconic of New York as the Brooklyn Bridge or the dollar slice of pizza. Completed in 1931, this skyscraper stretches nearly 1500 feet into the New York skyline and is a fixture of the city’s profile. Oh, and did we mention the 60,000 tons of steel that make up its frame? New York truly is a city of steel!

World-famous during and following the 2008 Olympics, the Beijing National Stadium is another notable steel structure. Affectionately called the Bird’s Nest, this stadium became a symbol of China’s prominence and architectural prowess. Known for its unique and ingenious design, the stadium sports 40,000 tons of steel and can hold up to 91,000 people at max capacity.

Here at Steel Specialties, we view these structures as the pinnacles of steel production, and we strive to make our buildings as well and even better than these monoliths of steel design. Contact us to get started on your steel project today!