The Steel Foundation of the Baseball Stadium: From Wood to Steel & Concrete Structures 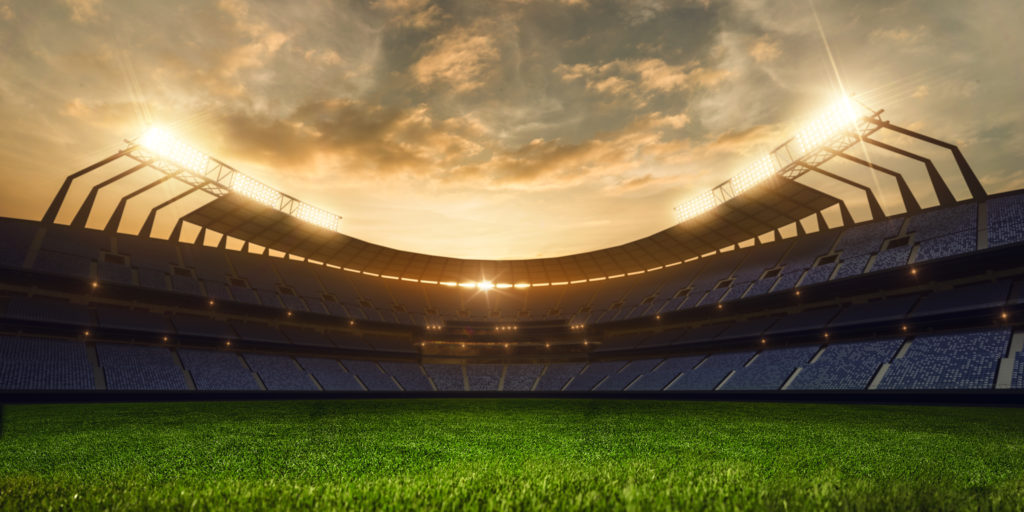 America’s favorite pastime is about more than just the sport, the hotdogs, popcorn and overly-priced beer. It’s also about the stadium. Part of the magic of witnessing a professional or minor league baseball game is also thanks to the atmosphere created by the stadium—surrounded by screaming (sometimes drunken) fans, wearing their t-shirts and jerseys, and the energy of so many spectators focused on the beauty of the sport. Over the years, Steel Specialties has partnered with various contractors to build amazing projects and one of the projects we helped build was the Southwest University Park, home of the El Paso Chihuahuas. We thought it might be fun to look at some of America’s most beloved baseball stadiums and what goes into building one of these beauties.

The oldest Major League Baseball team and home to the Boston Red Sox since its opening in 1912 is Fenway Park.

The Building of Stadiums: From Wood to Steel

The sports stadium can be traced back to the ancient Greeks, of course. As we know they were into sport as well, although a bit more barbaric by today’s standards when talking about gladiatorial combat, animal hunts, and simulated naval battles. The first versions of modern stadiums were built in the mid to late 19th century. These were mostly focused on holding as many spectators as possible. There were little to no amenities and practicality was really the biggest concern. Many were constructed out of wood and—perhaps not surprisingly—many saw their ultimate end consumed by flames.

Fire was not the only risk to wooden ballparks, but also was the common bleacher failure. This was a lack of stability inherent in the wooden structure that led to tragic events such as Black Saturday in Philadelphia. This refers to the day in August of 1903,

These wooden stadiums, however, were quite popular for some time. As the sport gained popularity, owners were forced to look at more long-term solutions. Some classic wooden parks include: Bennett Park (Detroit), Colombia Park (Philadelphia), Eastern Park (Brooklyn).

Goodison Park in Liverpool, England was the first to use steel structures. Shibe Park/Connie Mack Stadium (1909-1970) was the first concrete and steel stadium in the United States. Much of the new construction was informed by a lot of bridge building techniques using steel and heavy metal.  The new architectural approach of the mid 1900s also took design and craftsmanship to a new level. These concrete and steel stadiums were not only an improvement in safety but a means to a far more aspirational stadium design. So even though the concrete of the time was not as high-quality but the steel reinforcement improved it. During this time, the building craze hit baseball and many cities jumped in to build their teams beautiful stadium.

The House that Ruth Built—named after the career of famed baseball player Babe Ruth— otherwise known as Yankee Stadium was a three deck structure. The ballpark was renovated in the 70s and finally closed down in 2008. The “New” Yankee Stadium took some of the beloved structures from the old and included it in its design. This is how much the stadium itself plays a role in the history and tradition of the sport itself.

In the States, Fenway Park, Ebbets Field, and Wrigley Field  were specifically built for baseball and used steel structures in their foundation. These stadiums were part of the single-purpose stadiums characteristic of the time period. After World War II many stadiums were built as multi-purpose.

Building a stadium is a large-scale project left in the hands of professional contractors. First, we begin with:

Once the stadium concrete foundation is laid, work on the enclosures and stadium facade can begin. This phase might include installing lights, construction of the concession areas, locker rooms, restrooms and more.

Features of the Southwest University Park/ Home of the Chihuahuas

This state of the art park built in El Paso, Texas with the help of Steel Specialties has a couple of notable design features that make it stand out. The design theme is based on the Union Depot and uses architectural details found in the region’s historic buildings.

Some other features include:

Get The Steel That Lasts a Lifetime at Steel Specialties

When it comes to the history of baseball, the stadium plays a huge role in the love of the sport. For fans, it is the experience of the stadium, the family fun, the connection to a traditional spectator sport that draws crowds all throughout the season. And it was the construction of steel, steel reinforcement, and concrete that changed the course of the stadium forever. Today, stadiums look for reliable steel structures as their foundation. So if it can build a stadium, it can build anything. Call Steel Specialties today and find out more about how we can aid your construction project.

« The Ultimate Earthquake Survivors: Steel Frames and Structures
Steel During Wartime: The Role of Steel Production During World War I »